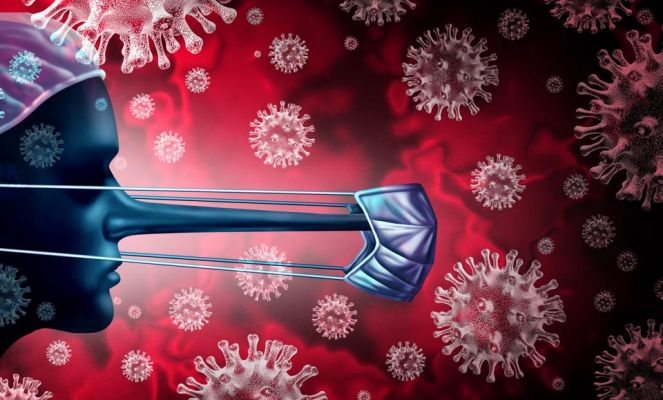 Who benefits from disinformation on COVID-19?

By Viktor Kotev, Associate at the Bulgarian Hub for United Balkans

After the beginning of the second COVID-19 wave, we are witnessing even more devastating effects in our daily lives. The struggle with the coronavirus continues as more European governments are forced to take precautionary measures to stop the spread and impact of COVID-19. However, these measures often are not taken positively by the population. Lots of riots have emerged since governments started to consider a second lockdown during this year. In Bulgaria more and more people are being divided by the idea of going through such an experience as it happened back then in March. The economic damage is beyond measurement and while it may take a solid amount of time to recover, for some, it's a matter of survival for others. In these times the most dividing topic is „Should we take more strict measures to stop the spreading of the virus or should we rely on people`s conscience to follow the basic preventive rules“.

The role of media has become even more vital now since that is the most efficient way to stay familiar with the ongoing pandemic situation. Although lots of people rely on media to understand the truth, some actors are using the situation for their own benefit. That includes spreading fake news and deceiving statements. This so-called "infodemic" exacerbated COVID-19 suffering through the spread of rumors and conspiracy theories. There is a large number of people who do not believe that this coronavirus could be lethal. The reason for that is often fake news presented by false or deceiving information sources.

On one hand, we have seen misinformation being shared online in the form of misleading advice or statistics, spread by perhaps well-meaning but ill-informed individuals. It could be governments releasing skewed data, perhaps to shield their citizens from the true extent of the pandemic’s impact – or perhaps because no reliable data is available. There has undoubtedly been a proliferation of fake news stories, driven in large part by the public itself. False information circulating online has included claims around potential cures for COVID-19, origins of the outbreak, and authorities’ responses to the pandemic. The good news is that most of the social media platforms are removing these false claims.

On other hand, we are seeing wild conspiracy theories claiming that 5G is responsible for the outbreak of the virus and that we are about to witness the new world order after a vaccine is made. As funny as it sounds, all these claims have resulted in an uncontrollable spread of the coronavirus. The Bulgarian healthcare system is starting to experience difficulties especially because of limited personnel and specialized COVID-19 hospitals. In this context, it is critical that authorities locate the sources and counter the fake news. This, however, takes a lot of time and resources which is the main reason for the danger that comes from that "infodemic".

Although fake news is one of the main reasons for the widespread of COVID-19 people`s lack of a serious attitude towards this threat has brought us here, on the eve of the second lockdown. This is why we should pay more attention to what we read and what we believe especially now during this crisis. Most analysts advise people to check at least a second or third source about certain information before assuming that is true. Nevertheless, to be completely sure that one is not reading fake news it should always compare the information with the statements of the World Health Organization or other trustworthy and official sources. 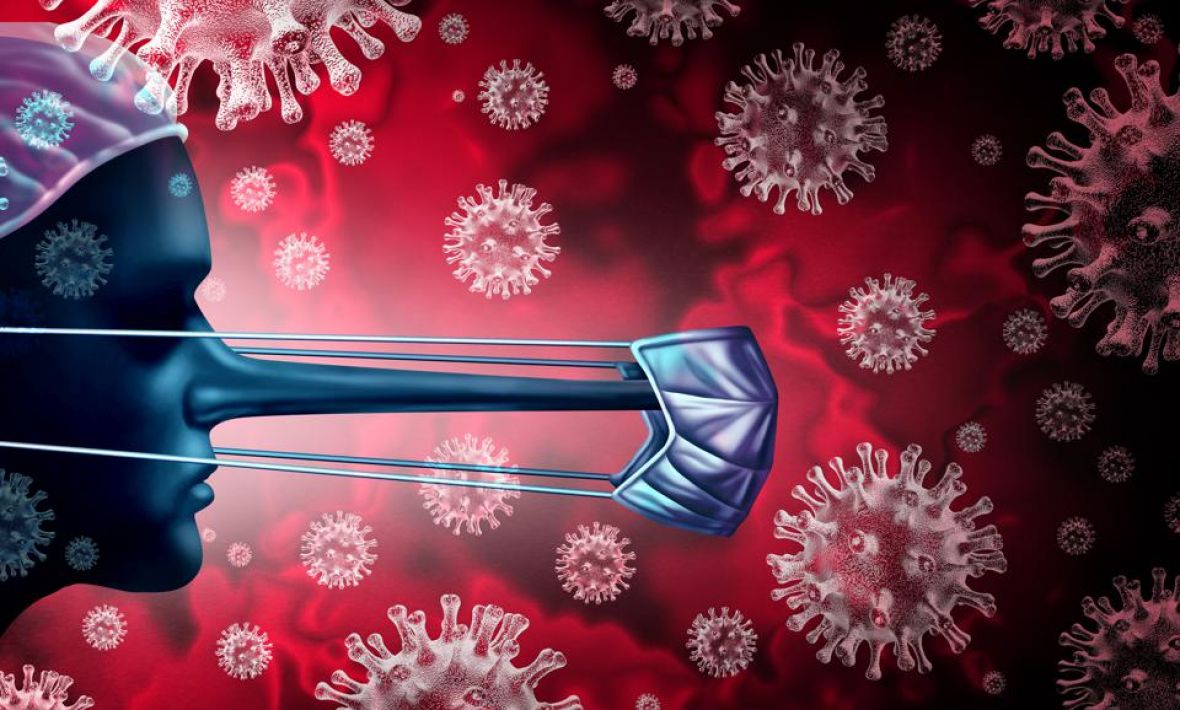 We have already pointed out the economic and health issues caused by the virus especially when it comes to fake news, and the recent studies requested by the European Parliament's Committee on Foreign Affairs (AFET) reveal that "this disinformation has a significant role throughout the  Western Balkans and increasingly important part of the way domestic and foreign actors pursue political ends" ¹.

We have witnessed elections in most of the Western Balkans (WB) region countries like Kosovo, the Republic of North Macedonia, Serbia, Bosnia and Herzegovina and we are expecting elections in Bulgaria in early 2021 (and early election s in Kosovo). This is seen as an opportunity by many actors to change the status-quo in these countries. “But while disinformation is frequently discussed in the context of external threats to the functioning of governance and democracy, this study shows that foreign actors are not the most prominent culprits. Most of the people and organizations producing and disseminating disinformation are internal. Moreover, this study finds that disinformation is most commonly a symptom – rather than the cause – of a deeper breakdown of social cohesion and democratic governance.“².

In other words, as the following findings by the studies suggest, based on the political environment of the country we can see different ways that political actors and governing parties are using this misinformation and the threats that COVID-19 brings to the society for their own agenda:

The above statements have been well supported in GLOBSEC`s latest report which focuses on current perceptions in the Central and Eastern European (CEE) and Western Balkan regions towards a range of political issues. The report reveals that: COVID-19 conspiracy theories undermine trust in democracy. Having already left its mark on nearly all aspects of society, COVID-19 will continue to shape CEE and the Western Balkan region for the foreseeable future. As governments grapple with the health, economic and social ramifications of the pandemic, preposterous conspiracy theories and disinformation running rampant on social media are being wielded as political weapons by domestic and foreign actors. Their aim - to weaken trust in institutions, government and democracy itself. If left unchecked, the impact of these narratives could result in further drift towards “managed democracy” or even outright rejection of the democracy itself.4

These common threats have raised the role of the EU to a wider extent. Based on the expectations of the majority of countries in CEE we have witnessed the so-called EU paradox.

A majority of CEE respondents, for example, want the EU to present a united front on the world stage, even if that clashes with their own interests. Support for the EU in acting as a coherent foreign policy bloc meshes with findings indicating that an average 38% of EU-based respondents perceive the EU to be growing in importance over the past five years. There is, however, a contradiction concerning the application of certain measures to its own member states. The storyline of a so-called “EU dictate” indeed has seeped into the political discourse and public sphere in numerous countries over the past few years. Numerous respondents, in particular, believe that the EU dictates policies to their countries without the possibility for a domestic say on this agenda. 5

Because of that belief, some questions are raising serious anxiety among the EU member states. Now, more than ever we can truly witness the efforts of external actors like Russia and China, who are even harder seeking to nurture confusion, and weaken European partnership. The interesting part is the way Russia and China are being perceived especially in the WB region. It turns out that Russia and China are often seen as allies and strategic partners by some countries in the region. For example, the GLOBSEC report indicates that “with no strong cultural ties or lingering feelings associated to any 20th century power-play, China’s position in the region differs from Russia. China is presented, in some countries, as a strategic partner that can be turned to if in need of financing for infrastructure projects. The scale of its influence, meanwhile, is often discussed by both its supporters and detractors at the highest political level, though its power goes unnoticed in some corners. These (in)actions are mirrored in current perceptions of China, though the question of how the political narratives of the present will shape the image of China in the future remains open.“6

Meanwhile, Russia continues to settle with a great amount of influence in the WB region. In this manner, geopolitical insecurity can be also seen as a way to enable disinformation. “The Western Balkans are a key battleground in Moscow`s efforts to maintain and gain leverage in Europe, and to push back against both EU and NATO enlargement and integration. In this struggle, disinformation is only one instrument in a boarder toolkit.“ 7

If we compare China`s presence to Russian we will see that Russia is being seen as a historical partner and brotherly nation, especially in Serbia. That perception is similar in other countries like Montenegro and Republic of North Macedonia where you can see the strong influence that pro-Russian outlets have. However, it is manifested to a lesser extent in comparison to Serbia.

Internal or external sources of disinformation are creating chaos throughout their campaigns. The results from that disinformation will continue to distort public perception of political actors like the EU and their willingness to find a solution for the COVID-19 crisis. Even though scientist already created a vaccine, the trust in public authorities and their ability to provide factual information will strongly correlate with people’s willingness to get vaccinated against COVID-19.

1,2,3,7 – Mapping Fake News and Disinformation in the Western Balkans and Identifying Ways to Effectively Counter Them -Policy Department for External Relations Directorate General for External Policies of the Union PE 653.621 - December 2020;

This brief analysis is part of the joint effort by the consortium comprised of the Balkan Forum, Bulgarian Hub for United Balkans (BHUB), journalists in Bosnia and Herzegovina and Bulgaria, European Movement in Serbia (EMinS), FRONT.Online in Kosovo, IDEA South East Europe in North Macedonia, and Insajder Serbia, and financially supported by the Rockefeller Brothers Fund, focusing on Fostering regional cooperation of media in the Western Balkans region.

Find below the downloadable/printable pdf version