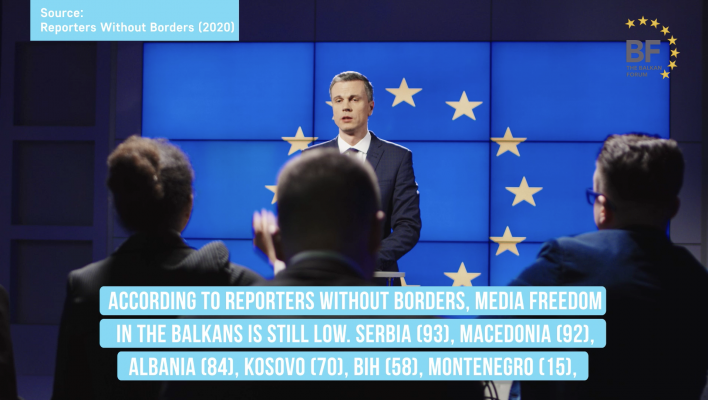 Statistic speak: Attacks on Media workers speak about Freedom of Media in the Western Balkans

This short video story has been produced in Feb 2021 by IDEA SEE as part of the consortium comprised of the Balkan Forum, Bulgarian Hub for United Balkans (BHUB), journalists in Bosnia and Herzegovina and Bulgaria, European Movement in Serbia (EMinS), FRONT.Online in Kosovo, IDEA South East Europe in North Macedonia, and Insajder Serbia, and financially supported by the Rockefeller Brothers Fund, focusing on Fostering regional cooperation of media in the Western Balkans region.

The consortiums work in promoting regional cooperation of media in the Balkans is includes capacity building for young journalists, co-productions and joint-conferences. The consortium is highlighting the advantages of economic cooperation between the countries in the region, and is tackling issues related to media freedom, objective and professional reporting, investigative journalism, disinformation, hate speech and nationalist rhetoric.