Since the fall of communism in Southeast Europe and the bloody wars of the 1990s, the Western Balkan countries have been mired in histories of war and authoritarianism that continue to shape people’s relations and threaten
to erupt again into violent conflict. Despite the progress with internal reforms and the EU integration agenda, tensions in the region continue to grow. The conflicts of the recent past are often exploited for political gain and further fueled by nationalist rhetoric and media bias. This is compounded by high levels of corruption and organized crime, weak rule of law, high unemployment and poverty, controlled media and shrinking space for civil society. 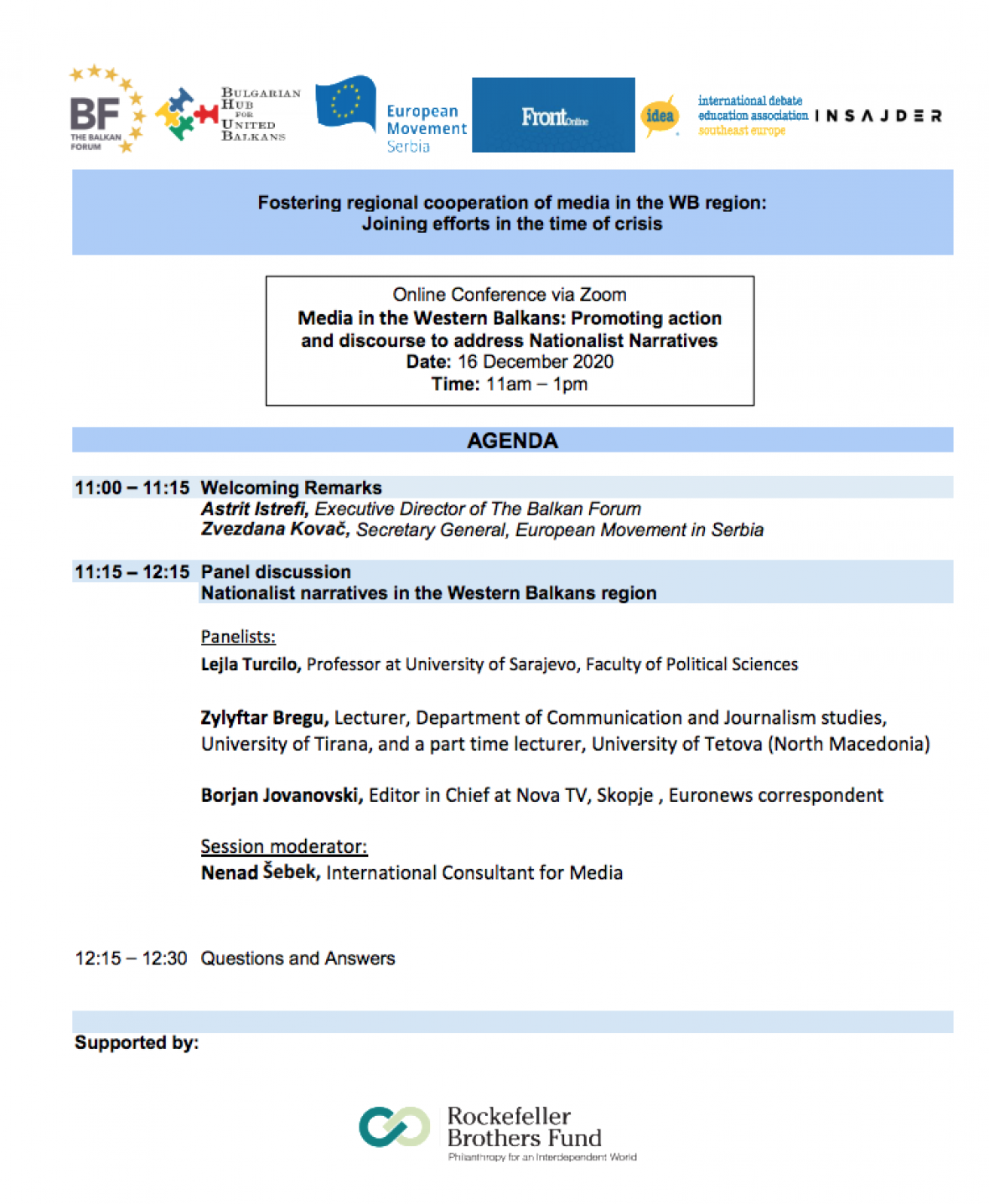 What can different actors in the region do to respond critically to nationalist narratives of division and build
bridges of cooperation?

The conference focused on what has worked or has potential to address the deep rooted challenges of nationalist narratives, blame culture and what is fueling these narratives spreading division within the WB6 societies. Panelists and participants are experienced journalists, media professionals, academics, civil society and other actors from the WB6 and EU countries.